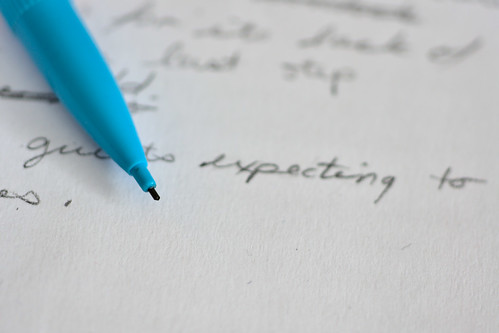 I need a new project to work on. Probably a novel, since last year did a pretty good job of establishing that I’d rather be writing long-form fiction instead of short. I am feeling antsy to put new words on paper. The question is: on what?

“But Lise!” I hear you say. “Aren’t you still working on novel edits/querying Lioness/submitting short stories?”

Yes, but that’s a different sort of creative energy. They are important, and good, but they do not give me that wild exhilaration of creating something out of nothing. Drafting is arguably why writers write; it’s the most enjoyable part of the process, and probably what drew us to the vocation in the first place.

So what are my options for drafting something new?

A sequel to Lioness

I know, roughly, what happens in the sequel to Lioness. It involves sea journeys, and new cultures, and probably new points of view, since our trio of main characters is going to be split up. (If you wanted an Estevien POV, for example, he’s going to be off by himself in the equivalent of the New World).

The problem with this option is… there’s a lot of wisdom against writing a sequel to a novel you haven’t sold. You’re investing a lot in something that may not pan out. This is true for all writing, of course, but if your goal is ultimately to reach readers, then spending a year writing something you can never, ever sell (without selling the first novel) is kind of frustrating.

I guess there’s no harm in outlining the next novel? But outlining doesn’t really scratch the right itch…

Something else in the world of Lioness

On a whim a few months ago, I started writing a romance story in the world of Lioness. (It is the answer to the question, “what exactly does happen when Bizel goes back to Lisieres on the Empress’ orders to reconcile with his estranged wife?”) It’s a lot of fun to write — because Bizel is a lot of fun to write, and I’m discovering his wife is, too — but it’s yet another example of Something I Can’t Do Anything With ™ unless Lioness succeeds.

I’ve toyed with the idea of going back to Gods and Fathers. There’s a lot of good stuff there, though marred by issues of “why am I handling characters at such a remove?” and “is this story really about Mirasa or Serevic?”

(Some day I’d like to get to the bottom of why I find it easier to write compelling male characters than I do female, despite my own gender. I don’t think Lioness has quite the same level of problem as G&F did, but my male characters do tend to be scene stealers, and so many of my edits on Lioness were, “no, seriously, make sure this scene is ACTUALLY ABOUT YFRE GODDAMMIT.” I blame years of narrative training with male protagonists in male-dominated SFF worlds).

This would be a lot of work, of course. If I want to be serious about self-pub I should probably rewrite it from scratch, and then plan out an entire series and marketing pieces for it.

I also have the half-a-novel I wrote in 2009 for NaNoWriMo, Viktory Empire, which is kind of steampunk/weird West with a young woman searching for her mother across a desert landscape. Again I would probably start over from scratch, keeping some scenes that I particularly liked. There’s a lot of filler that was just to make wordcount for NaNo, and of course it is only 50k, and unfinished as a story.

This holds the most appeal. And yet… I’m not sure what. Looking at my idea file, a few things stand out:

“Built-up fairyland.” This is intended as a return to Exilian Marquis, the portal fantasy world where I set all of my (seldom written down, usually just narrated to myself while walking circles in my yard) childhood stories. Looking over what I DID write down, a lot of it is rubbish, but there are many things I still love. I loved the arcane bureaucracy of the magical order I created; the race of grey-eyed, black-haired fae who were ever opposed to the main characters; my authorial stand-in, badass spinster sorceress who set the leader of her order on fire (I was anti-authoritarian even then…); the Japanese diaspora I created which was born out of my love for the Samurai Cat books and noodling with language.

I love the idea of reworking that world for my adult sensibilities… especially turning it into this sort of crossroads between different times and places, where technology sorta half-works and half-doesn’t…. oh heck, that’s the premise of the larp Crossover, isn’t it?

Of course, I don’t want to turn into That Guy in Your SFF Writing Workshop ™ who’s been writing the same story since they were in high school. That’s the danger with going back to familiar settings — there’s so much that resonates with you which means nothing to other people.

And then there’s the boringly-named “dark queen” story. Basically I like all those stories like Labyrinth which start with something like “disaffected young woman meets up with seductive dark prince and considers embracing his sort of evil.” But then said woman inevitably makes the choice to turn towards light and goodness and… yawn. That’s where I lose interest. What is even the point of fantasy that tells us, “Get the fuck out of this fantasy world and Be Good?”

There are of course many pitfalls of this idea. What I WANT the story to be is a tale of the slow descent into evil by one banal decision after another; of a woman taking her power from being villainous. But “evil” winning often doesn’t fit with the narrative structures we know and love. There’s also the risk that the relationship between guy and girl will come off disturbingly coercive, when I see it more as him being the catalyst to a voyage of (villainous) self-discovery. And of course, this feels like another place where I am likely to fall into “the most interesting character is a) not the main character, and b) is a dude”-syndrome.

Honestly I just re-read Rosamund Hodge’s “A Guide For Young Ladies Entering the Service of the Fairies” and it strikes me I want to hit a lot of the same notes as that story.

There’s a certain appeal to this, too. I have a lot of unfinished projects that I cared enough to start, but haven’t bothered to finish. This is true even if I just count stuff I wrote in the last decade, what I consider to be my “adult” writing. There are the ones I mentioned above — the Lioness romance story, the half-novel — plus a couple of stories in the world of Gods & Fathers, a few standalone shorts, etc.

This feels good and responsible, and it involves putting new words on paper — but will it give me that “new novel energy” I seem to be seeking?

I’ve talked before about how I use tarot as a sort of narrative therapy, using my interpretation of the cards to tell stories about my life. Since I was stymied by this question, I decided to use this method. I drew one card — the Magician, a card that is all about agency, master, and personal power.

… well, then. That seemed to very much point to the “built-up fairyland” story, where one of the main characters is, as I said, a badass spinster sorceress. I was especially drawn to one of the themes suggested by this card — “prodigy at the cost of normalcy” — which seemed to fit very well with how I envisioned the character, and the importance she played in my meaning-making and storytelling at that age. In the original tales, she was more like a mentor character, one POV out of way too many, but I think if I am going to write this, she needs to be front and center. I am Done with writing main characters who are not the protagonist.

I actually did a free write on this this morning, trying to get a feel for the character, the world, what the heck I’m doing. This is usually my first step, before I even write an outline; it’s not intended to be part of the finished story, although sometimes it is. I’m trying first-person POV for now; I may try third-person another day. I do like the immediacy of first person, even if these days its use seems to scream young adult. I mean, I guess this could be YA? I don’t know enough to say for sure yet.

Unless I decide to change my mind tomorrow. Which is entirely possible.