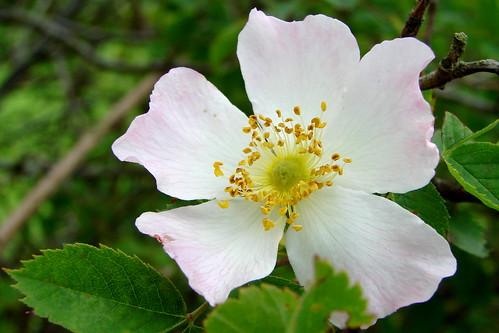 Grouped together because April by itself was pretty sad. I have no links to share, but have the pretty picture, above, of a wild rose — they are currently blooming all along the walking trail near my work.

There’s going to be a lot less ESO in my life going forward, as Matt has stopped playing entirely, which makes the game a lot less fun for me. It will probably be replaced in part by Stellaris and Prison Architect…