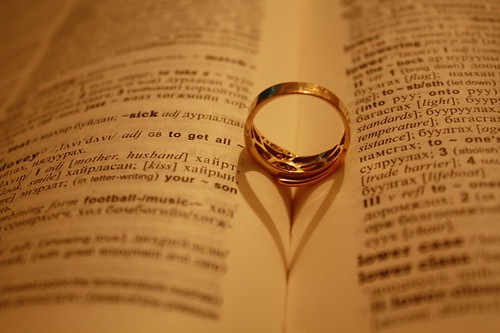 So I made a joke in my most recent weekly update that when I post my various maunderings on in-progress books, I feel like the only person in the world who loves books this much.

What do I mean by that? Well, if I’m particularly enjoying a book — as I am the Six of Crows duology, or my (re)read of the Earthsea books — I produce a steady stream of commentary. You may have seen me do this on social media, but let me assure you, you only see a small portion of what I produce.

I’m not sure it’s interesting to anyone else.

If you haven’t read the book, it’s probably not interesting, and it’s usually spoilery up to the point I’ve read. If you have read the book, you may not have any patience for my partial understanding of the story up to that point. Some of it is cogent — like “I thought this plot twist was handled well for X reason” — but some of it is just silly fangirling, like “what Leverage characters would I map the Six of Crows crew to?”

A lot of it is one-off thoughts, most appropriate for social media

Some of it ends up in my weekly update; sometimes I text or message someone personally with a clever thought. More often than I like I break social media silence to share it! And very rarely indeed it ends up in my Goodreads feed, which is probably the place it most belongs. (Although that, too, is social media, of a sort. Not monetized as aggressively as Facebook, certainly, but it has its small place in the attention economy).

Limitations of the media I do use

On the other hand, enough of it is long-form content that I think I would quickly outstrip the limits of the Goodreads progress updates field. (Just confirmed: yep, only 420 characters allowed, and no way to mark spoilers). You can do long-form and spoilers in reviews, but full-fledged reviews aren’t my problem — I write a lot of them here.

And there’s also the fact that audiobooks (which are a lot of my reading) make it hard to say “I paused on page 3 and had this thought.”

So I guess I’ve established that I’m comfortable using Goodreads for short, non-spoilery progress updates on print books that I’m reading, but longer form, spoilery updates that stop short of reviews? I’ve got no place for those.

Want to see an example of this, in all it’s unedited glory? After listening to a chapter of Crooked Kingdom on my commute, this is what I produced.

I’ve blanked out the spoilery bits with a background-color:white style; highlight to read them.

I listened to the Wylan chapter this morning where you learned what happened to his mother. It was heartbreaking*, and perfectly timed — the reader (at least this reader) figures out what is going on before Wylan does, but not so far ahead that it came across as predictable. It was definitely that perfect “sudden but inevitable” plot twist.

* I was going to say “heartrending”, but that has another meaning here.

(It probably helped that it’s not a plot twist, per se. While it changes Wylan’s motivation — in that he has accepted how evil his father is, and no longer wants to get back in his good graces — it doesn’t really change much about the plan going forward).

And while I’ve been harsh on this narrator, he did a pretty good job in this chapter — enough so that he at least faded into the background.

– The “let’s go steal all my father’s money” that closes out the chapter. A Leverage homage (?) that isn’t nearly so heavy-handed as some I’ve seen. (Great, now I’m going to picture Kaz as Timothy Hutton instead. I liked it better when he was played by George Clooney in my head. And damn, now I’m mapping the crew members and it’s totally a thiiiiiiing, except for the part where there are different numbers and you kind of have to map both Matthias and Jesper to Elliot).
– Jesper’s incredulous “You lied to Kaz Brekker and got away with it!” moment.
– The irony of Marya not recognizing her son — the inspiration of so many of her paintings — because now he’s wearing Kuwei’s face.
– Playing music to her. (Even if I do wonder how the hell he shoved a flute in his shirt). I had a few moments of “just what the hell is Wylan going to SAY to her?” and this was the perfect response to that. To quote my beloved Millay, “comfort that does not comprehend” is exactly what was needed there.
– Even though Van Eck is just this onion of awfulness that we keep unpeeling, Wylan still has pleasant memories of him reading to him, or bringing him tea when he was sick. Because real people, even awful real people who try to have their dyslexic sons killed and wall their wives up in insane asylums, don’t behave consistently all the time. And on Wylan’s side, real people also have complex relationships with family members who are terrible people.

And more spoilers, about the previous Nina and Matthias chapter, this time:

And I do have to say: what the hell is happening to Nina? The bones of saints? Zoya showing up in the Ravkan quarter of Ketterdam? That whole chapter was Grisha trilogy nostalgia, though I was thoroughly chortling at Nina trying to explain “princess and barbarian” to Matthias, or their very serious, “I don’t understand how you can consider Alina Starkov a saint” conversation.

I still wonder how Nina never met Alina, if this is only two years after Ruin and Rising, she fought on her side, and furthermore that she knows Genya and Zoya and David and every other grisha of note from the trilogy. Was she not part of the group that went underground with them? Maybe I need to re-read and see if I can find her there. (I already pull that book down to consult the map all the time, because it’s the only print Bardugo book I have… though I suspect the map in the SoC books is more complete). I also wonder how she isn’t more disgusted at the mention of Retvenko, considering it’s preeeeeeetty clear from his POV chapter that he fought on the Darkling’s side of things in the civil war.

So yeah, that sure was a wall of text.

More than the logistical concerns, however, it comes back to this:

I want to have a dialogue with someone who’s as excited about the book as I am. Someone who is there for analysis, both trivial and literary. I want what I had when my friends and I were both excited about Babylon 5 in high school — the tiny kingdom of in-jokes and buzz that we inhabited.

This brings me back to my young adult years, where I was so desperate to talk about the books I was reading that I would randomly ask people on the street if they read fantasy. It’s cruelly hilarious that this loneliness persists today, when fantasy is mainstream.

I suppose if I were more invested in pop culture, I could inhabit that little kingdom; I could squee about the latest superhero movie or the latest episode of Game of Thrones to my friends. But few are the people I know who have read the books I read; fewer still who want to engage with them in the same way I do.

And some of this is taste. Like I know a lot of my book friends love Max Gladstone’s Craft Sequence. I’ve read the first one and enjoyed it, but I don’t feel the excitement they have for it. And so when they squee about it I have little to offer. Likewise I know, of the top of my head, five or so people who have read the Six of Crows series, and while they all agree it’s competent, engaging, fun, none of them are as into it as I seem to be. None of them want that fannish engagement with the book.

My best experiences with this have been in writing communities. If there’s anyone who cares as much as I do about books, it’s SFF writers. But that too depends on tastes matching up. My VP17 Slack has channels for The Goblin Emperor, for example, but also channels for things I don’t care about, and certainly no channel for squeeing about the oeuvre of Leigh Bardugo. (I could create one, but if no one else has read it, what’s the point?)

Ultimately, though? I want people to love books exactly as much as I do, no more or less, in exactly the same ways. That is a literal impossibility, as well as a literary one.

So I guess… what do I do with this shit? Who actually wants to read this? Should I just resign myself to the fact that the answer is “no one”? Put it in a diary and save it for my inevitable biographers? 😉